The Arts and Crafts movement at the turn of the 19th and 20th centuries was seminal to the development of progressive decorative arts in early twentieth century Ireland as they evolved from philanthropically instigated amateur beginnings to professional individual endeavour.   Fuelled by 19th century antiquarian discoveries, literary sources, and aspirations to stimulate and give remunerative employment to native industries, the Irish movement represented a growing awareness of the need to preserve the relics of what was perceived as heroic time.  It also supported the fundamentally Arts and Crafts ideology that materials and form should be intrinsically connected.

By 1909, the Guild of Irish Art-Workers encouraged visual expression in a distinctively national yet modern idiom.  W.B. Yeats and George ‘AE’ Russell were among those who sought out and treasured the ancient Celtic “soul of the world” preserved in legends, traditions and places untainted by material change, while Horace Plunkett encouraged rural cooperative ventures throughout the land. 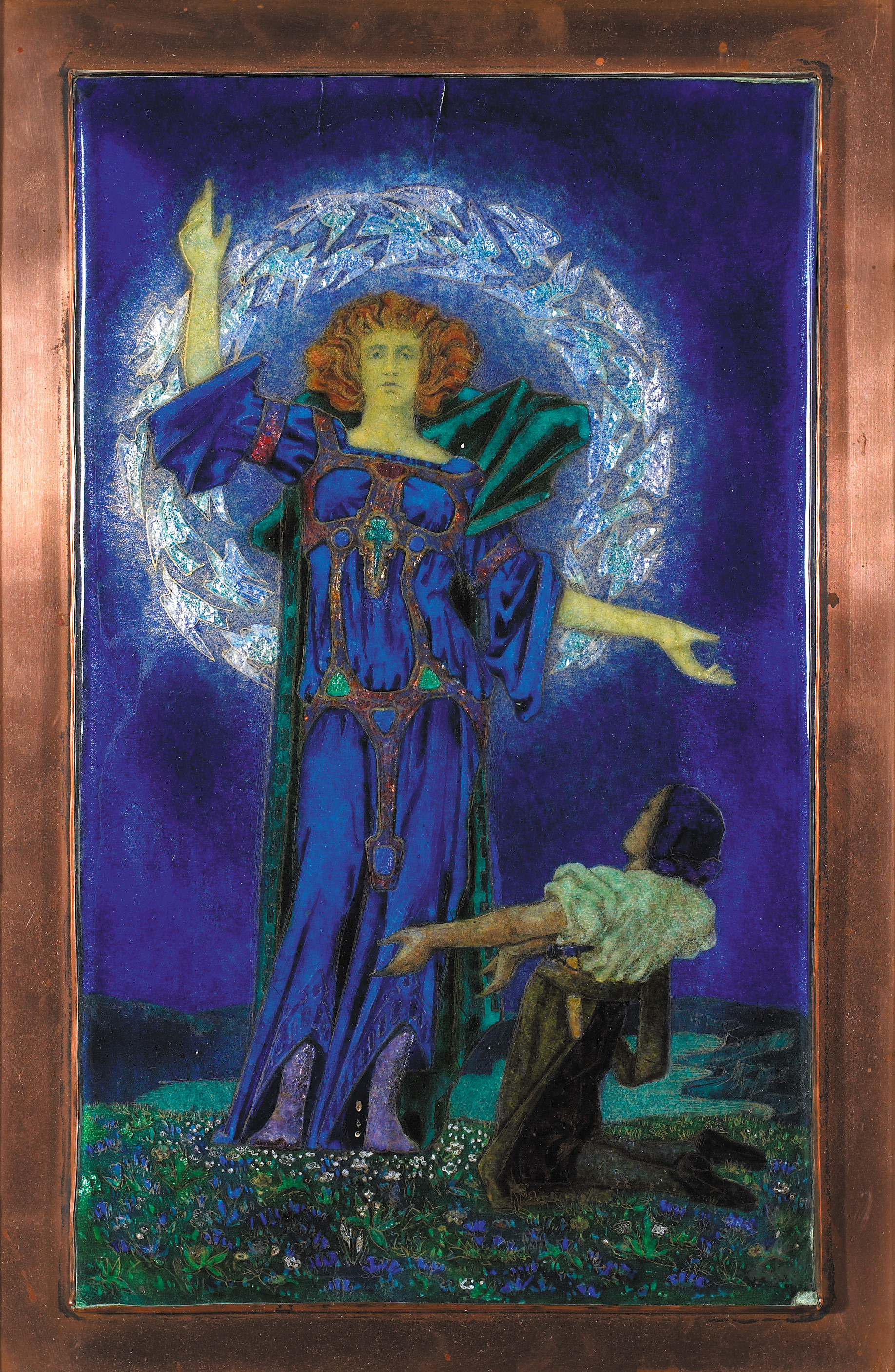 The Honan Chapel in Cork

The Honan Chapel in Cork is one of the few places beyond museums and private collections to offer a unique opportunity to find outstanding works by Irish craftsmen and women of this period.  Many of those who exhibited with the Arts and Crafts Society of Ireland between 1895 and 1925 were instrumental in providing a rich visual vocabulary of design and technical skill which represented the emerging nation’s cultural identity, and inspired successive generations of those seeking expression in the applied arts.

“This lecture will offer a richly illustrated introduction to this key period on the occasion of the inauguration of the Decorative and Fine Arts Society in Cork” (Nicola Gordon Bowe).  It did.

† The Reception for the Inauguration commenced at 7 p.m. with the Deputy Lord Mayor of Cork, Councillor Lorraine Kingston, formally launching the Society at 7:45 p.m., followed by the Inaugural Lecture delivered by Dr Nicola Gordon Bowe.