All lectures apart from our Free Public Lecture at Cork Central Library, will take place in the Conference Room at Nano Nagle Place at 11:30am on the second Saturday of each month.

Doors open at 10.45, when you are welcome to join us for a cup of tea or coffee and a chat before the talk. Looking forward to seeing you there!

After nearly thirty years, due both to lack of space and need  to conserve its delicate surface, a magnificent, full-length, portrait of Louis-Philippe de Rigaud, Marquis de Vaudreuil (1724-1802) by Alexander Roslin (1718-1793), went back on display, at the National Gallery of Ireland, in 2022. It was exhibited at the Paris Salon in 1759 and thought lost until it reappeared in Paris and was acquired, 1967, using  the Shaw Fund. For those interested in fashion and antiques, this is a marvellous insight into the court of Louis XV, where each element of the picture can be identified. Roslin made an, almost photographic, record in his portraits and showed how quickly fashions changed.  There are surviving examples of comparable chairs, writing tables, fire-dogs, wall sconces etc., though only in a major collection, like the Metropolitan Museum of Art, New York. Adrian Le Harivel has a particular interest in this area and his talk brings to life this great era, while throwing light on the lives of the sitter, a naval officer and later Admiral, also its Swedish painter, who was able to thrive in Paris, amongst many rivals. 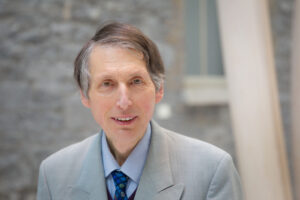 Speaker: Adrian Le Harivel studied art history at Edinburgh University and has spent his career at the National Gallery of Ireland. He initially worked on the ground-breaking summary catalogues, when there were few staff and much ignorance about the extent and quality of the collection. He set up the prints and drawings section, bringing material literally out of the basement. He has subsequently worked on exhibitions of works from all areas and published a short monograph on Nathaniel Hone in 1992. With the title Curator of British art, he has been acting Italian and Spanish curator for several years and was responsible for much of the rehang of the Continental pictures last year, including creation of the Grand Gallery. For many years he has lectured on the relationship between art and music, while live classical music and wine are his other passions. The Sunday after visiting Cork, his lecture Remembrance and legacy: 10 outstanding memorials to World War One, will be one of the events marking the 100th anniversary of the Armistice, at the National Gallery. Next Spring, he is curating a display of Elizabethan portraits, the first time this choice group have been seen together. 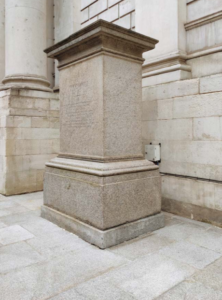 For centuries monumental public sculpture has been supported by a pedestal (or plinth) and for all of that time the pedestal has largely passed unnoticed. It was only in the late nineteenth century that Rodin attempted, against much opposition, to do away with the pedestal in order that the sculpture would be placed on the ground to interact directly with the viewer. The role of the pedestal in presenting the sculptural work that it supports is of immense importance. It occupies space on behalf of the sculpture, makes the work visible and dictates how we view it; it often provides pertinent information about the piece; and, in Ireland, where statues have suffered much violent interaction, it is the pedestal that is left in place when a monument is blown up. During the period of statuemania, when many of the monumental sculptures for different locations in Ireland were made in England, in many instances it is only the pedestal that can be identified as both Irish made and of Irish material. This lecture will explore the place of the pedestal in Irish monumental sculpture – with or without its intended sculpture. 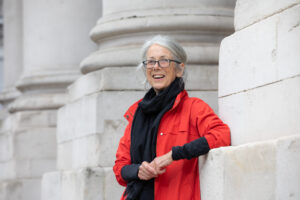 Speaker: Paula Murphy is an emeritus professor in the School of Art History and Cultural Policy, University College Dublin, where sculpture has been the focus of her research. Her publications include Nineteenth-Century Irish Sculpture, Native Genius Reaffirmed (Yale University Press, 2010) and Sculpture 1600-2000, vol. 3 in the 5-vol. Royal Irish Academy’s Art and Architecture of Ireland (Yale University Press, 2014). She was a recipient of the RHA Gold Medal in 2015. In 2016/17 she held a Terra Foundation Senior Fellowship at the Smithsonian American Art Museum (SAAM) in Washington D.C. She has served on the board of the Irish Museum of Modern Art and the Sculptors’ Society of Ireland (now Visual Artists Ireland) and is currently a member of the Steering Group of Dublin City Council’s Sculpture Dublin. 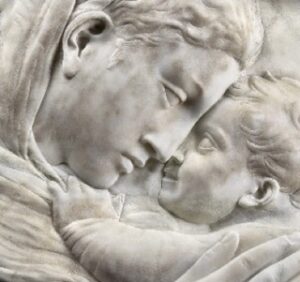 In spring 2022, the most comprehensive exhibition on Renaissance master Donatello to ever be arranged opened to the public in Florence. Curated by renowned scholar and expert in Renaissance sculpture Prof. Francesco Caglioti (Scuola Normale Superiore, Pisa), the ground-breaking exhibition consists of over 130 works of art, from sculptures to paintings and drawings. Donatello is widely regarded as one of the formative personalities of the Early Renaissance, a seminal figure whose work provided the basis for the innovations of subsequent artists. His unique reinterpretation of medieval Christian art alongside his vigorous revival of classical proportion imbued the human form with an energy and gravitas that revolutionised monumental sculpture. At the same time, his experimentation with space in his reliefs would open entirely new avenues in which narrative could be presented in sculpture.  Donatello, il Rinascimento sees all of Donatello’s major works exhibited together for the first time, including loans of works such as the Feast of Herod from the Siena baptismal font which have left their original locations for the first time in their history. The exhibition provides a once-in-a-lifetime opportunity to consider the development of Donatello’s innovative style style, but also reveals its broader impact in hitherto unexplored ways through the exhibition of contemporary and later works from artists such as Brunelleschi, Mantegna, Raphael, and Michelangelo. This talk will explore both the exhibition itself and its impact on our understanding of Renaissance sculpture, first providing an insight into Donatello’s life and work before assessing the new ways in which can consider the work of his contemporaries and followers in light of new research.

Speaker: Dr Matthew Whyte teaches and researches in the History of Art Department at University College Cork, where he is College of Arts, Celtic Studies and Social Sciences Excellence Scholar. He received his BA in History of Art and Philosophy from UCC, followed by an MRes in History of Art, specialising in Renaissance Italy and the work of  Michelangelo Buonarroti. He teaches across the undergraduate programme in History of Art, and is Coordinator of the Diploma in European Art History for the Centre for Adult Continuing Education. For the latter, he regularly offers public Short Courses on aspects of Italian art, leading field trips in Italy to support learning. Since 2018, Matthew has led both private and public tours for the Crawford Art Gallery in Cork. He works as an Art History Lecturer for Zegrahm Expeditions. Currently, Matthew’s research engages with cultural exchange in Renaissance Italy, examining the impact of 13th and 14th century sculpture on that of the High Renaissance. 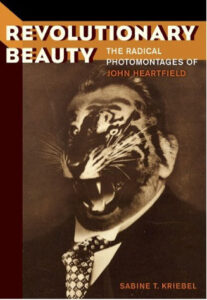 Spanning a range of art and objects, from propaganda to modernist design, this lecture will consider how things summon, entice, and perform empathy for the user and beholder.  Allied with kinship, care, and affinity, empathy shapes viewing and experience in unexpected ways. Rather than understand art and design as objects that are owned, exhibited, historicized, we will consider the ways in which the visual accompanies us and indeed changes us in daily life. 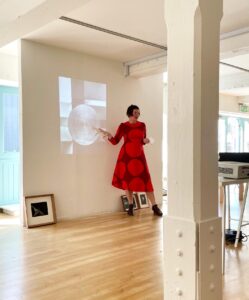 Speaker: Dr Sabine Kriebel received her PhD from the University of California, Berkeley. Before accepting a lectureship at University College Cork, where she teaches Modern and Contemporary Art, she served as curatorial assistant at the National Gallery of Art, Washington DC.  Her work lies at the intersection of subject formation and the aesthetic-material world of modernity. She has published widely on photography and photography theory, political photomontage, Dada tactics, and gender politics; her work appears in international top-tier journals including October, Oxford Art Journal,  New German Critique, and Kritische Berichte and in major exhibition catalogues. Her first single-author monograph, Revolutionary Beauty: The Radical Photomontages of John Heartfield (University of California Press, 2014), offered a groundbreaking study of Heartfield’s pioneering AIZ montages, probing the intersections of affective pictures, radical politics and technologies of mass replication in interwar Europe. The book was lauded as foundational in a wide range of reviews including CAA Reviews, Oxford Art Journal, History of Photography, American Historical Review, German Studies Review, among others. Her current monographic book project orbits the human subject, psychoanalysis and phenomenology in the era before sound film, and aims to rethink the often-maligned realism of interwar European art. 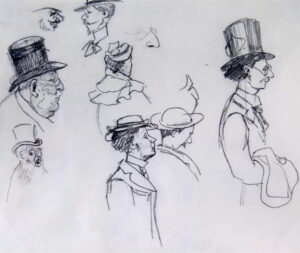 Inspired by works from the collection of Crawford Art Gallery, this lecture will explore the career of a remarkable author and artist. Born in Corfu, Edith Somerville (1858-1949) grew up in Castletownshend, the West Cork village from which she and Violet Martin established the successful partnership, Somerville & Ross, and wrote The Real Charlotte and the ‘Irish R.M.’ stories. Somerville would draw upon her art training in London, Dusseldorf, and Paris to illustrate their publications, as well as in her painterly responses to her locality, most notably in The Goose Girl (1888). 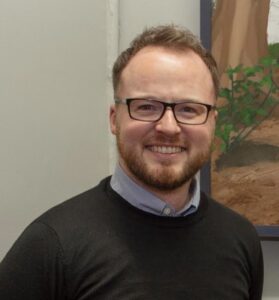 Speaker: Dr Michael Waldron is a curator with an interdisciplinary background in art history and literature. He has been published in Irish University Review, PVA Journal, and Irish Arts Review, and previously worked with Deep Maps: West Cork Coastal Cultures at UCC. He is Curator of Collections & Special Projects at Crawford Art Gallery. 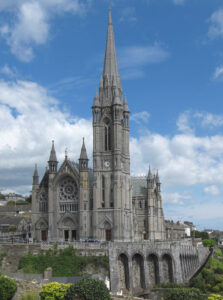 St. Colman’s Roman Catholic Cathedral in Cobh (then Queenstown), Co. Cork was begun in 1868 and completed and consecrated in 1919. It is neo Gothic in style and was designed by the architectural team of Edward Welby Pugin and George Coppinger Ashlin. Visually, it is a very impressive building, dominating the hillside town of Cobh and looking out over Cork harbour. It started as a fairly modest project, but the end result was a much more ambitious and expensive building than originally planned.

This talk looks at St Colman’s as a building designed to establish continuity between early Irish Christianity, the powerful mediaeval European Christian church, and modern Roman Catholicism. Also, at a time when nationalist feeling in the country was growing, it firmly linked Irishness to Catholicism, making a major material statement about the relationship between the two that set the tone for the new Irish state that was established in 1922.

Speaker: Dr Ann Wilson lectures in Visual Culture in the Media Communications department, Crawford College of Art and Design, Munster Technological University, Cork, Ireland. She has published widely on Irish visual and material culture in the late nineteenth and early twentieth centuries, including neo-Gothic church decoration, the sculpture of Seamus Murphy, popular Irish Catholic imagery, the Arts and Crafts movement, the work of stained-glass artist Harry Clarke, and picture postcard culture in early twentieth-century Ireland. She also lectures in Art History for Lindlblad Expeditions/National Geographic cruises and is a member of the editorial board of Glass Ireland, the publication of the Glass Society of Ireland. Her book, The Picture Postcard: a new window into Edwardian Ireland, was published by Peter Lang in 2021 as part of the Reimagining Ireland series. 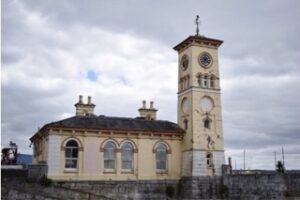 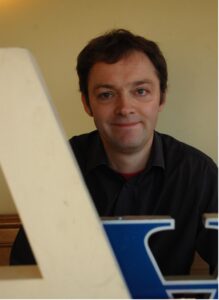 Speaker: Tom Spalding earned his PhD on Cork city’s everyday twentieth century design at the Technological University Dublin in 2021. He holds a Master’s degree from the Royal College of Art, although his primary degree was in Mechanical Engineering. His books include A Guide to Cork’s Twentieth Century Architecture; Layers: the Design, History and Meaning of Street Signage in Cork and Other Irish Cities; and The Cork International Exhibitions, 1902-1903 (with Daniel Breen). His work as a consulting historian includes contracts with the University of Leicester, Cork City Council, art galleries and private enterprises. In addition Tom teaches on the the Conservation Architecture course at the Cork Centre for Architectural Education and a design history course for UCC’s Adult Continuing Education programme. Tom.spalding.cork@gmail.com