Frank Murphy was an acclaimed Irish architect who employed basic modern principles as a language to forge an emerging style of architecture to Cork. With long planar forms, structures animated with pattern, rhythm and rich material palettes enveloping modern space plans, Murphy was without a doubt one of Cork City’s most important architects. A dedicated modernist and an equally progressive conservation campaigner, Murphy concentrated for much of his career on 20th century ecclesiastical designs, schools, offices and factories of Cork. In 1953 he designed the first modern catholic church building in West Cork, All Saint Church, Drimoleague. In 1968 he set up the Cork Preservation Society and in 1975 won the Royal Institute of Architects in Ireland’s national award for architecture (Restoration), the Europa Nostra medal for his pioneering restoration of Skiddy’s Almshouse (1719), Cork’s oldest inhabited building. This Talk charts the entire length of Murphy’s career, highlighting distinctive features while discussing the cultural conditions of Murphy’s practice. It will explore the interplay of the architect’s influences and impulses; development and tradition, provincialism and nationalism and how Cork was always a condition of Murphy’s life and work. 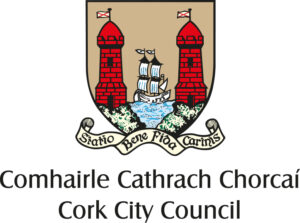 With the exception of the Public and Commemorative Talks all  lectures are given on the second Saturday of the relevant month at Nano Nagle Place, Douglas Street, T12 X70A, Cork: see, Menu: Our Supporters

Non-members may attend some of these Talks on the conditions set out in Menu: Non-Members.

“Rubens and Breughel: A Working Friendship”

Peter Paul Rubens and Jan Brueghel the Elder were the most successful painters in early 17th century Antwerp. Both deeply committed and masterful, they each ran hugely productive workshops. To further their artistic development, the two artists spent a number of years in Italy, where they also became acquainted with international rules of diplomacy. A special bond developed between them. Rubens served as Brueghel’s secretary by writing his Italian letters and he was godfather to the latter’s children. Few are aware, however that alongside this close friendship, the two men also formed a fruitful working partnership. Each specialising in a chosen field, they joined their artistic forces to create phenomenal paintings together. This partnership is what we will explore in this Talk.

This Talk will explore the representation of Irish people through the medium of photography from the 19th century to present day with the aim of foregrounding the various techniques applied by artists in producing such representations and examining the ever-evolving relationship between sitter and maker. Artworks by both Irish and international photographers will be examined in this Talk in an effort to gauge differences and similarities in approaches to photographing Irish people by those who are natives of the island of Ireland and other who were visiting on the country on assignment or for personal reasons. The photograph as object will be discussed in relation to its function as a record of Irish social history and the many cultural shifts that have occurred in Ireland between 1841 and 2021. There will be something for everyone in this Talk as Sarah investigates the practices of both historic and contemporary artists, from Julia Margaret Cameron and Michael Packenham Edgeworth to Alen MacWeeney and Eamonn Doyle.

“From Brexit to Covid: Art as a space of making and sharing knowledge at the Glucksman”

This Talk will consider how Irish artists have responded creatively to recent world events, and how these artworks can become important spaces of learning in a university museum context, as well as a way to share, explore and enjoy contemporary art practice and knowledge generation in community settings through our new Art Library initiative.

“Francis Bacon and the photography of John Deakin”

This illustrated Talk will discuss the work of John Deakin (1912-1972), one of the finest photographers of his generation. A significant number of photographs, fragments and negatives by Deakin were found among the items of Francis Bacon’s studio. Bacon had turned to photography rather than drawing from life and he commissioned John Deakin in the late 1950s-mid 1960s to take photographs of his friends. This talk will explore how not only did the depth of John Deakin’s tonal contrasts and directness of his vision resonate with Francis Bacon but how the recurring motifs of Deakin’s life’s work significantly reflected Bacon’s concerns.

The late medieval tomb sculpture of Kilkenny and Tipperary represents a ‘petrification’ of the bonds of family and affinity at the turn of the sixteenth century. This was a time of significant social and political change, and we can read in the tomb sculpture and architecture of the period a desire to ‘carve out’ a place in history for Kilkenny’s leading families. This Talk will bring together art, architectural, social, and political history to bring this wonderful sculpture and architecture to life.

The history and archaeology of the Vikings in Ireland, and in Dublin especially, has received considerable attention in recent decades. Both the positive and negative impacts that the Scandinavians had on this country during the Early Medieval Period have been well rehearsed. However, the creative influence that the Vikings had on art in Ireland is less well known and, certainly, has been less celebrated. This lecture, which is based on new research by Dr Murray, looks at the influence that Scandinavian art had in Ireland outside of Dublin. It looks specifically at Munster, which saw the adoption of Scandinavian art in the decoration of both religious and secular objects in the later 11th and early 12th centuries. This Talk reveals the close contacts that existed between Munster and Norway, discusses the role of Munster kings in the promotion of the Scandinavian ‘Urnes style’, and looks in detail at the snakes and fantastic creatures that make up this vigorous international art style.

“Thomas Ruff and the Photographic Real”

The truth claim of photography can be understood as the generally accepted position that what is depicted in the photographic image is an accurate representation of reality. During the 20th-century many of the most dominant theories of photography aligned themselves with this position, wherein the photograph was uniquely privileged for its ability to represent the real in a mimetic, or indexical, manner. Indeed the functioning of innumerable artistic, documentary, governmental, judicial, scientific, social, and personal fields rely, to varying degrees, on the general acceptance of this claim. However, in our contemporary digitally saturated moment this long held position has never felt more tenuous, as we are acutely aware of the mutability of the photographic image, and how the real which it ostensibly depicts can be quite easily modified, edited, staged, and recontextualised. This lecture will consider the relationship which the medium has with the real, employing the work of contemporary artist Thomas Ruff as a vehicle for the discussion. Originally trained under the tutelage of Bernd and Hilla Becher at the Düsseldorf Art Academy, Ruff’s work is characterised by a generalised skepticism towards traditional ideas of photographic representation. By focusing principally on the digital aspect of Ruff’s practice, we will analyse how the artist operates to undermine the as-is-given causal connection between photographic imagery and reality, whilst simultaneously proposing an alternative conception of what exactly can be understood to constitute the photographic real.