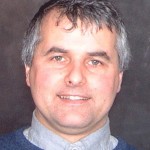 Peter Murray, Director, Crawford Art Gallery, Cork. As Director of the Crawford Gallery Cork Peter has overseen the development of the gallery from a municipal gallery to a National Cultural Institution. Enhancing the Crawford’s fine collections and making them accessible is central to Peter’s role. He has published widely on Irish fine and decorative arts and is a respected international speaker.

Vera Ryan has lectured for over 30 years in the The Crawford College of Art and Design, during which time she did research on artists Conor Fallon and Nancy Wynne Jones. Through them she met Tony O’ Malley in the mid 1980s and published some essays on Tony over the years, most notably in the major publication Tony O’ Malley (1996). Vera’s trilogy of interviews with people in the Irish art world entitled Movers and Shapers – offer fascinating insights into the contemporary art mileau. 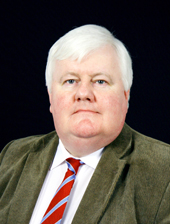 John Bowen is a respected scholar of Irish provincial silver. He has contributed widely to scholarship in this area and curated exhibitions of silver in Cork, Cork Silver (The Crawford Art Gallery, 2005) and Limerick, Limerick Silver (The Hunt Museum, 2007). John has lectured on Irish silver throughout Ireland and collaborates with institutions such as the Victoria and Albert Museum and others in the pursuit of research. John is Chair, of the Board of Directors of the Crawford Gallery, Cork.

Virginia Teehan, Director of Cultural Projects, University College, Cork. A professional archivist, Virginia is a former Director of the Hunt Museum, Limerick. She has research interests in Irish decorative arts and has published in this arena. Virginia has lectured in the area of professional practice for cultural managers and contributes to international debates on repatriation and provenance research. 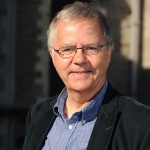 Professor Roger Stalley, fellow emeritus of Trinity College, Dublin, where he was Professor of the History of Art until his retirement in 2010. He has written extensively on medieval architecture and sculpture, principally on subjects relating to Britain and Ireland.